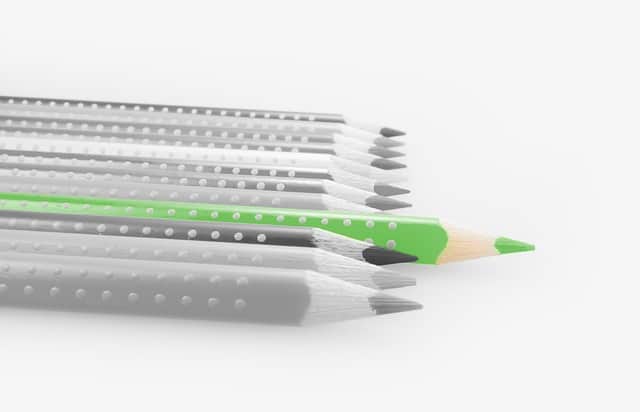 It’s about navigating the gray areas

Issues of race and ethnicity have been swirling around in my head this week because they’ve popped up in a few places over the past week:

The last one on this list was especially poignant for me as the white part of a biracial family. My own wake-up call came when at three years old, my daughter looked around at a preschool birthday party and observed, “Mommy! Everyone here is white!”

I’m curious to see the next census: with the American Dialect Society designating “(my) pronouns” as the word of the year for 2019, will “non-binary” make it onto the form?

Because even with all the biracial children in America, the census form we filled out when my daughter was very young did not include “biracial” or “mixed race” as an option….

And it made me think about how often we find ourselves talking about all sorts of issues as polarities: it’s almost as though we prefer things to be black or white, right or wrong. We don’t seem to like living in the gray areas.

And yet, maybe the messy middle of the spectrums (spectra?) is where most of our lives take place—even (especially?) in the kitchen and the grocery store and at the table:

As a health coach, I encourage clients to recognize that these spectrums exist—and that it’s really rare to dwell sustainably at one pole or the other. Is one end “right” and the other “wrong?” One “good” and the other “bad?”

In most cases, the closer you eat to the whole food, plant-based sides, the healthier you’re likely to be. That said, I’m just happy to see clients take one tiny step toward those ideals. Even a small step will normally result in improved health—and encourage another small step, and then another.

Eventually, we find the place in the gray area that feels right for us, right now—and yes, it usually involves eating a rainbow, so maybe the gray area is really colorful?

Want to learn more about moving around the messy middle in the kitchen and the grocery store and at the table? There are two more workshops to go in the free kitchen coaching series I’m offering in January!

Join me at 12pm in Sweetwaters Coffee + Tea inside the Meijer on Ann Arbor Saline Road for “Going (more) plant-based” on January 19 and “Thriving without certain foods (gluten, dairy, sugar…)” on January 26. Don’t live in the area? Schedule a free YOURstory session, and let’s talk about where on the food spectrum you find yourself—and where you want to be!