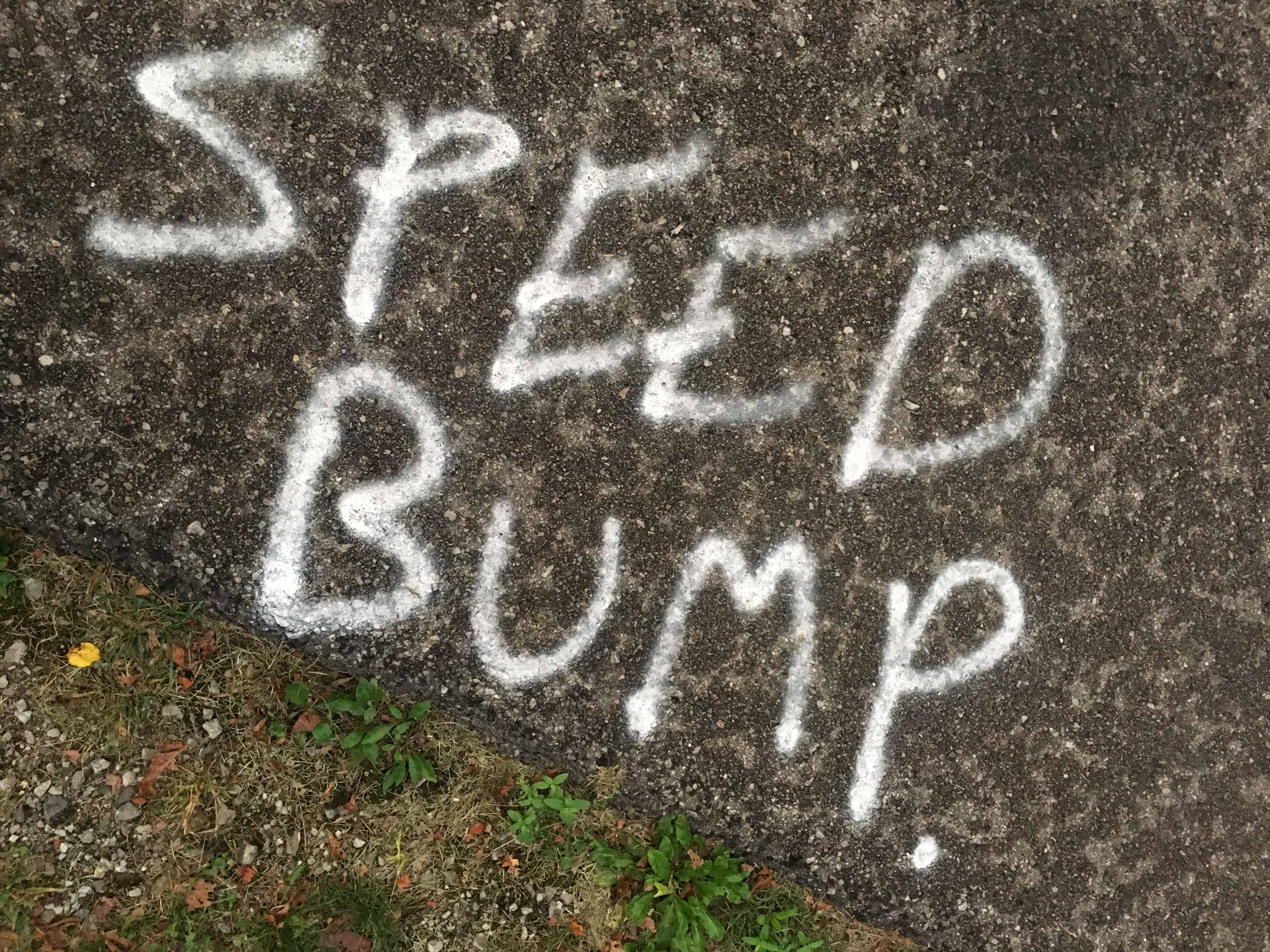 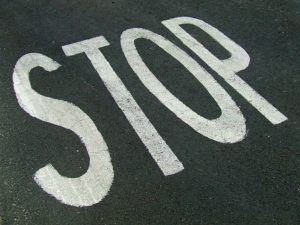 My son is learning how to drive (yay? yikes? jury’s still out but leaning towards yay), and something that we’ve been commenting on is that he seems to have a green light superpower.

There are stoplights on our stretch of road that I never seem to get through without having to stop—that’s okay, I think about them as a pause button—but somehow when he’s driving, they magically change to green as he approaches.

Having a teen driver in the house is a good reminder of how far we’ve let our own driving standards slip: when’s the last time you stopped at the stop line, then creeped forward before turning? Even I, the ultimate rule follower, tend to stop where I know I can actually see both ways past the foliage Michigan has aplenty (i.e., way past the stop sign).

And then there are the speed bumps. Or, as we saw in a town on the west side of Michigan, “speed awareness risers,” which seemed to be speed bumps on steroids. Take those too fast, and you risk losing your undercarriage.

We live in a residential neighborhood where the 25 mph speed limit is regularly ignored—amazingly, not only by the newly-licensed teens testing their wings, but often by their harried moms in minivans, running late—again. 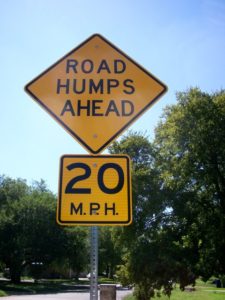 Our homeowners’ association arranged to have speed bumps installed in phases—the longest stretch of road already has them, and we’re preparing for phase two to be put in place.

I’ve observed that drivers have several reactions to speed bumps: some have actually slowed down overall, others speed even more in between them and slow down just to get over them, still others (myself included) tend to avoid that street entirely.

The third group makes me realize that a secondary (unintended?) consequence of installing them might just be a lot fewer cars on the streets of the neighborhood as people who live here find the nearest exit and others choose not to cut through here.

what does all this have to do with health coaching?

Every month in the (Sorta) Secret Sisterhood online clubhouse, I hold a “Q+A with an Expert,” in which I do a Zoom interview with someone who serves the same people I do—working women over 40 who want to put overwhelm behind them and turn their hot flashes into power surges.

This month, I spoke with the wonderful Heather Glidden, a movement specialist and co-owner of Joy Ann Arbor, about pelvic floor health, a topic that often only surfaces for women during pregnancy and is then often forgotten until it sometimes rears its head again in perimenopause.

You know what I’m talking about—you cough or sneeze or go to the bounce house with your kids, and oops! As the Facebook meme says, “It’s funnier if you leak a little”—except that it’s really not funny at all.

Heather and I talked about how as humans in today’s moving-at-the-speed-of-light world, we often ignore the subtler signs that something is not working optimally because they’re just that—subtle hints, like speed bumps.

The human body is amazing: unlike a machine such as a car, it can adapt to and compensate for a wide variety of conditions for an extended period of time. (Yes, I know, cars are getting smarter—and I think my comparison still holds.)

And because it adapts and compensates, we can continue to ignore (or abuse) it until we hit a full stop, the point at which the body says, “I’m done. You haven’t listened to me, so I’m going to put a stop sign where the speed bump used to be.” 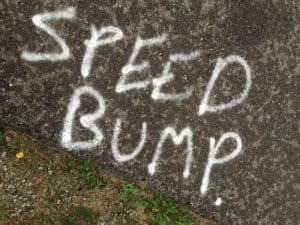 I asked Heather what were some clues to the fact that our bodies—specifically our pelvic floors—are asking for attention, and instead of giving me a list of what to watch for, she gave a brilliant reply: pay attention to what you’ve stopped doing, and ask yourself why you’ve stopped.

You might be thinking that it would be more useful to have a checklist, but as a health coach, I love this response: it really asks us to pay attention to what is going on inside us—to be internally referenced—rather than measuring ourselves against an external standard.

This week, I urge you to take a moment to consider how you’re “driving” your body: Do you find you also have the green light superpower? Are you hitting speed bumps, and how are you dealing with them (or not)? Have you hit a stop sign?

And if you want to check out the Q+A with Heather and the other experts we’ve had in the clubhouse so far, consider joining the (Sorta) Secret Sisterhood: when you use the coupon code TRIBE, you’ll get the first month for FREE, so hop into the clubhouse, check out our resources, and join the discussions.