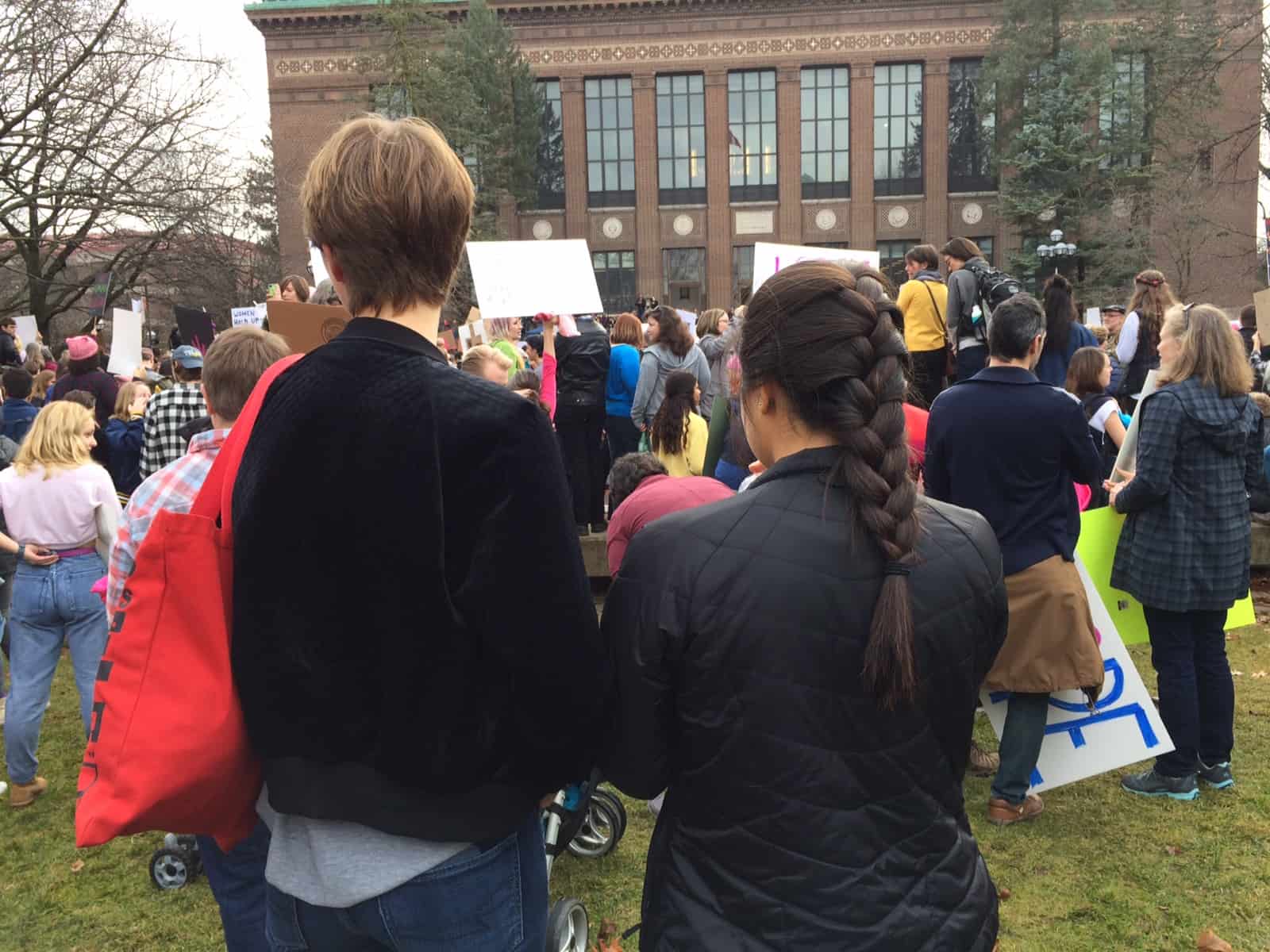 [Not so] secret sisterhoods 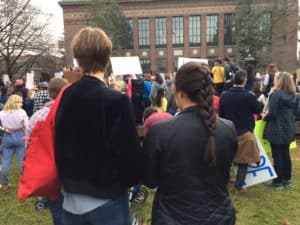 More than 2 million people reportedly participated in more than 670 marches in DC, across the country, and around the world yesterday. While not all the marchers were women—shout out to all the men who donned pink and joined in!—it was most likely the largest public display of sisterhood in my life so far.

We came with our pink hats, our posters, and our pride, and we marched for a variety of reasons.

Not being a fan of crowds nor of negativity (I’d rather march and work FOR what I believe in rather than AGAINST anyone or what I disagree with), I was hesitant to participate, but when my 17-year-old daughter expressed an interest in going to the state capital, we compromised on attending the event in our own city: I marched with and for her.

Our immediate group boasted marchers from age 17 to age 82, and one of the speakers at the event mentioned a woman who told her, “I marched in the 60s. I never thought I’d march again in my 60s.”

“What happened?” a friend asked our oldest marcher.

So here we are again. The political events of last year shook many in this nation wide awake. The hope of organizers is that those who woke up will stay involved, will take regular action, and won’t drift back to sleep.

Sisterhood was on display in a big way yesterday: our hopes for womankind and indeed, for humankind, are not secret and, for the most part, they are strikingly similar. The issues are big and at times appear very “in your face.” They are the issues that have become the property of politics: health care, equal rights, social justice.

And the experience made me think about the more secret sisterhoods—those that remain hidden until someone is brave enough or broken enough to tell their story, those that are still largely kept among women, those that are spoken of in hushed voices rather than shouted on the streets.

What do we keep secret in fear that it must be something particular to us, that nobody else—not even another woman—would understand?

They’re mostly experiences that we feel don’t merit publicizing, those that seem small when compared to the ones that have already made the public stage. “I have no right to bring X up when others don’t even have Y.” And yet they loom large in our own lives and keep us from rising.

It’s the same whether we’re silent about feeling let down by others or letting down those around us, about  worrying that our children (who others think are perfect) will turn out terribly because we’re bad parents, or just about feeling trapped in what others consider is a fairy tale life.

I’ve found that when these topics do surface in conversation with other women, the result is not misunderstanding or avoidance; instead, you suddenly find yourself in a circle of women who claim you as one of their own. You realize that your perceived weakness is your connection to strength, and that you hold a membership in a sisterhood that embraces you so fiercely that you find yourself working to ensure that others find it easier to join you and move toward a different, more positive perspective and experience of life.

So here’s to 2017: let’s not get lazy on the political front…and let’s remember to keep the secret sisterhoods growing as well.