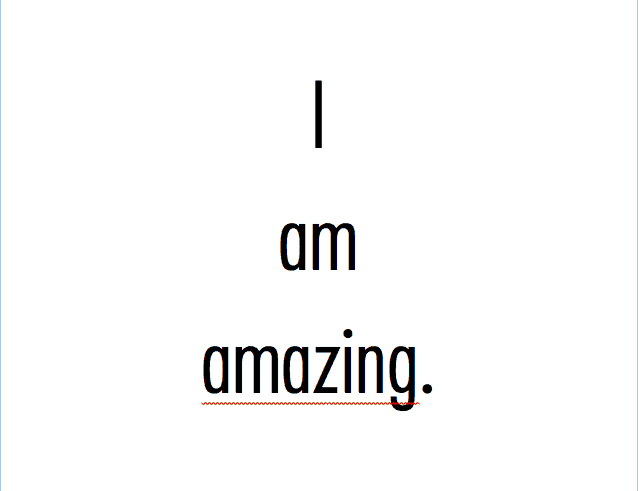 On the anniversary of the breaking of the Harvey Weinstein story and the explosion of the #metoo movement, I’ve been reminded time and again of the fact that women still don’t get the respect we deserve—nor do we honor ourselves very often.

We don’t make it a habit to celebrate ourselves, our strengths, and our accomplishments, perhaps because we still carry with us the idea that it would be selfish and/or prideful to do so, that it would come across as bragging, and we “should” at all times be modest.

Or maybe our negativity bias is so strong that the negatives tend to overshadow the positives in our brains.

This hesitation shows up over and over in my consults and client sessions, where we always begin with, “What’s new and good?” 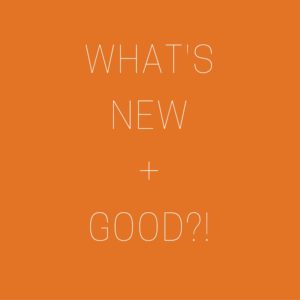 The question initially surprises people, and it’s fascinating to watch how quickly something they start talking about as a positive turns negative or how they can’t think of a single thing until we discover in the “What feels challenging right now?” section of the call, when they reluctantly admit that they had one tiny success in the midst of a pile of perceived “failures.”

I was particularly struck by a conversation this week with a highly successful woman who didn’t hesitate when asked what was new and good: “I have an amazing career that I love, and I’m really good at my job: I took a very small company and made it, well, small—but we’re headed for greatness, and I know that I’m the one who made this happen.”

In a time when many very small companies don’t make it—and in a field where that’s especially true—what a huge accomplishment this is!

Pause. Complete shift in energy and tone. “Of course, I don’t say that to anyone because it sounds like bragging.”

Now, I don’t know about you, but if we were in a social situation and I asked someone what was good in their lives and they responded with her first sentence, I would not be turned off by it—I’d want to know more!

I’d probably think, “I’ll have what she’s having!”

And yes, I did tell her that next time, a full stop after the first sentence is perfectly fine.

the law of attraction 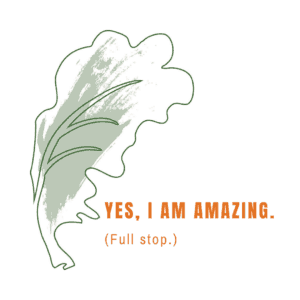 It’s really true that we attract the same energy that we put out into the Universe, so if we want to bring about change in how we are perceived and treated by others—particularly in a white male-dominated world—perhaps it’s time to start with how we view and treat ourselves?

It’s a scary proposition, and as with many other goals we set, perhaps the easiest way to reach this point is by taking baby steps.

The first step could be praising yourself for a job well done, a deadline met, a project finished … and then telling your annoying inner board member—who naturally chimes in with “Yeah, but…”—to go away.

The next step might be to try it out on something as simple as a compliment you receive on your outfit:

“I love your sweater!”

“I’m so happy you noticed it—it’s my favorite!”

As you start to truly own your strengths and accomplishments—because you really can rewire your brain by speaking to yourself in a way that validates them—you’ll find the courage to speak more confidently about them to others.

When you’re ready to give it a try, pick your initial audience carefully—you know who the external critics in your life are, the ones who feel the need to cut you down to make themselves feel better: avoid them. Try your words out on someone who’s not invested in your success (or failure)—sometimes a stranger at a social event is a better choice than your friends and family!

This week, I challenge you to name one thing about yourself that is, as we used to say growing up, “wicked awesome.” And if you’re feeling brave, tell us about it in the comments. Then come to a full stop.

Too shy just yet? Schedule a free consultation and tell me YOURstory!

An abundance of workshops!

Fl!p Your K!tchen® | The Kitchen Sessions

First Wednesday of the month, 9–10am ET

Can’t make it? Replays are provided.