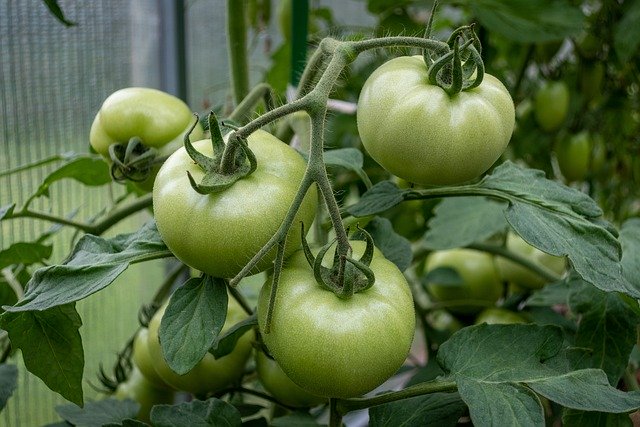 Having returned to gardening this year after several years on hiatus, I had mixed results: plenty of herbs, a decent amount of sturdy greens, no spring greens at all, and a bounty of cucumbers.

Tomatoes? Well, my plants are taller than I am (“Too much nitrogen in the soil,” I’m told), but the fruits are few, far between, and really, really behind in ripening. Luckily, our CSA had plenty of ripe tomatoes.

I’m quite sure that every fall, the Google searches for “what to do with green tomatoes” spike.

Because you really can’t imagine tossing them out, and if you put them in the compost pile, you’ll have lots of volunteers coming up in the wrong place next year.

I’ve heard about a lot of recipes besides the classic fried green tomatoes—speaking of classics, Fried Green Tomatoes is one of my favorite movies of all times!

In my own wanderings around the interwebs, I found this handy compilation by The Spruce Eats and will be testing out a few of their recipes—although I might pass on the cake….

My own approach to green tomatoes runs along the lines of “When life gives you lemons, make lemonade!”

I’ve discovered that green tomatoes make a splendid roasted salsa—and the best part is that you can make big batches of it and freeze it for later use. If you’re short on time, you can also broil the tomatoes and freeze them to make salsa later.

Got green tomatoes? (or ripe ones? or tomatillos?) Try out my basic roasted salsa recipe and let me know how it turns out! As usual, it’s more of a formula than a recipe, so you can try out lots of variations.

And leave a comment and tell me, what’s your favorite way to use green tomatoes?