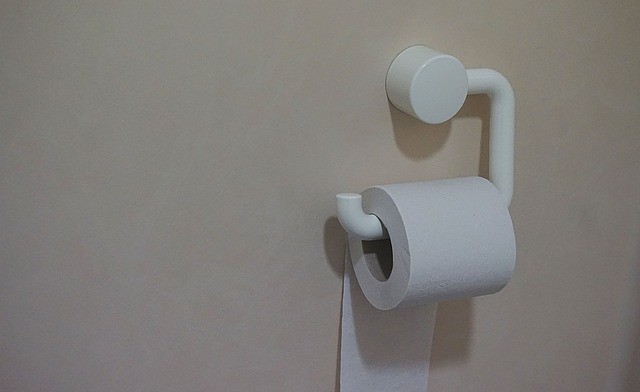 When I was studying to become a health coach, one of my favorite lectures was titled, “Does Your Poop Float?” I wish I could remember the lecturer’s name, but it has escaped me. I just remember listening to it in the car with my then 8-year-old son, who actually asked me to play it again on a later trip. Because boys and scatology.

One of my favorite podcasts is Healthy View Radio, hosted by three well-known health coaches who are not only well-informed in all manner of integrative health topics—they’re hilarious to boot. It’s the one podcast I can listen to with my kids in the car without risking their eyes rolling back in their heads, which usually happens because they are bored by the woo or because … well, because teenagers.

One of the hosts’ favorite topics is digestive health (yeah, that usually means poop), and one of their sponsors is Squatty Potty. Never heard of Squatty Potty? It’s worth checking out their website just for their sense of humor—their site has a navigation bar that will take you to each type of product, including “other crap.” 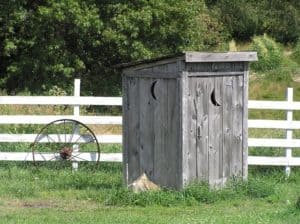 Why am I talking about this? Because I recently entered Healthy View Radio’s Squatty Potty giveaway … and won! Yesterday, the package arrived, much to the delight of the family: I even got a text at the office saying, “Hello! Your Squatty Potty has arrived!” (Actually, it said, “HELLO! YOUR SQUATTY POTTY HAS ARRIVED!” All the caps.)

I texted my husband, “Happy Father’s Day—I won you a Squatty Potty!” Now, mind you, neither of us have Gifts as our primary love language, so it’s just fine that the present is a bit off the beaten path AND I didn’t actually buy it. Besides, it came with a bidet and some fancy sprays. (Stay tuned—I might fill you in on the results.)

It made for great dinner conversation last night. Of course Kanye West’s new “Lift Yourself” song featured in it (no, really, you don’t need to go listen to it—I think the man must be changing too many diapers these days). I don’t believe we ever did decide how to conjugate the verb: is it sh!t, shat, sh!tted? sh!t, shat, shut?

Why am I going on and on about poop? Well, because let’s face it—as the kids’ book says, “Everybody poops!”

Elimination is part of digestion, and if you’re not pooping regularly or you’re doing it too much, it’s a pretty good sign that something is wrong somewhere between your mouth and your, er, other end because—yup—we’re basically one long tube from top to bottom.

Just about everyone in the health coaching/alternative medicine world has written a lot (I’m trying really hard not to use the expression “crap-ton,” but oops—I guess I went there) about poop , so I’m going to spare you the details. If you want more on the topic, two of my favorite resources are Kris Carr and Christiane Northrup, who even has a great “stool chart” infographic that accompanies her post.

The chart reminded me of Kermit the Dog’s vet, who—when trying to learn more about the tummy full of worms he had when we adopted him—asked about his poop: does it look like Tootsie Rolls, Hershey’s Kisses, or chocolate pudding? Ewww. Thanks. I think I just lost all interest in those foods.

And every time I walk Kermit, I judge his health by the condition of his poop: Tootsie Roll, Hershey’s Kiss, or chocolate pudding? 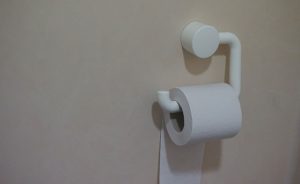 I will say that, as a dog owner, it has struck me as odd that the vet always asks for a stool sample for Kermit while our people-doctors may ask about elimination but never delve into the details unless we present with a specifically poop-related issue.

As a health coach who supports women in perimenopause, when shifts in digestion are very common, I often talk about bowel movements with clients, and what often strikes me is how much our environment and emotions affect our elimination.

Two weeks after one of my kids first started preschool and about 15 years before I became a health coach, I was surprised by a very wise teacher who announced (names have been eliminated to protect the easily-embarrassed), “S/he  is completely comfortable with us now: s/he napped AND pooped today!”

That really stuck with me, and I started noticing that very often, when our elimination schedule goes awry, it can be because we’re in unfamiliar or uncomfortable territory, either physically or emotionally: traveling, stressed, angry, etc.

It can be uncomfortable and frustrating … and if you’re doing everything else the experts recommend (Kris Carr reduces this to fiber, fluids, flora, and fitness) and you’re not sick, it might be worth considering what besides your food and physical activity choices might be the cause.

Let’s go there—leave me a comment on your thoughts around the topic, because everybody poops!

Want more information about the changes we women experience in mid-life? Join the (Sorta) Secret Sisterhood—a membership site just for us! Clubhouse doors open July 1, and if you register by August 1, 2018, you’ll get one month FREE (a $50 value).