Who are you comparing yourself to? 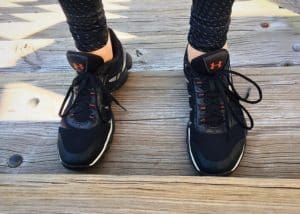 I recently walked the Dexter Ann Arbor 5K in 40:49 (beating last year’s 52:12 by a long shot despite the pouring rain)—I had meant to run this year, but some troublesome arthritis got in the way.

Afterwards, I asked a much younger colleague how she’d done, and she said, vaguely, “Oh, really well—much better than I’d hoped!”

Later, I found out that she’d placed 2nd in the 25- to 29-year-old women’s group. When I told her she was unduly modest, we had a funny conversation about her feeling that, while she was pleased, she knew that next year would be much tougher—apparently the 30+ moms are the really fierce competitors in that race!

I’ve never been particularly competitive with others—given my relatively unathletic tendencies, that’s probably a good thing; however, I’ve always been fiercely competitive with myself—academically more than athletically—always trying to improve, do better, beat my own personal best.

No one can make you feel inferior without your consent.
~Eleanor Roosevelt

As an aside, I wonder how competitiveness relates to Gretchen Rubin’s Four Tendencies scheme? Are Obligers more likely to tend toward competition and comparison than Questioners, for example?

I’ve been thinking a lot about competition and comparison—and “compare and despair,” a popular phrase in the coaching world just now.

There is plenty of advice out there right now about not comparing yourself to others, not going on social media if it just leaves you feeling like everyone else’s life is perfect, like you’re a donkey in a world of unicorns.

And I think in many ways, this conversation misses the mark.

Someone else we often unknowingly compare ourselves to is … our younger self!

Have you ever thought, “Well of course she beat me—she’s 30 years younger!” and in the next instant thought, “Ugh—I used to run the 5K, and now I’m walking it? I’m only 50, I should be able to run it still!”

Integrative Nutrition® is based on the principle of bioindividuality—that we’re all unique and therefore what is “right” for someone else (diet, career, physical activity, etc.) may not be “right” for you.

We get very invested in particular diet and lifestyle choices and cling to them fiercely, even when they no longer serve us well. Releasing those choices and experimenting with new ones are often the key to improving our health.

There are two expressions I suggest my clients try to eliminate from their vocabulary: “I should” and “I used to.”

“Should” is dangerous because it very often points out expectations that others place on us—or that we project others are imposing on us—and expectations that go unmet are really just resentments waiting to happen.

“Should” is often a good indicator that we are comparing ourselves to someone else’s (perceived) standard—one that is not suited to our own uniqueness.

“Should” is just another dirty word that starts with s-h.

“Used to” is similarly dangerous because it’s most often pointing out that compared to our younger self, we’re coming up lacking.

As a simple exercise, try to track how often “I should” and “I used to” cross your lips (and your mind) in a day—and how often are they immediately followed by a sense of heaviness, dissatisfaction, or even despair?

An equally simple adjustment to make is to say or think, “I choose to” in place of those phrases.

It may seem a bit ridiculous … and there is evidence that we can change our mindset just by changing our words.

In this case, if you can’t wholeheartedly say, “I choose to,” you give yourself permission to choose otherwise—to choose what is right for you right now rather than what someone else (including your younger self) thinks is right for you. And having a choice feels significantly lighter.

If you want to explore new options for your diet, lifestyle, and mindset choices as a woman over 40, sign up for more details about the (Sorta) Secret Sisterhood!