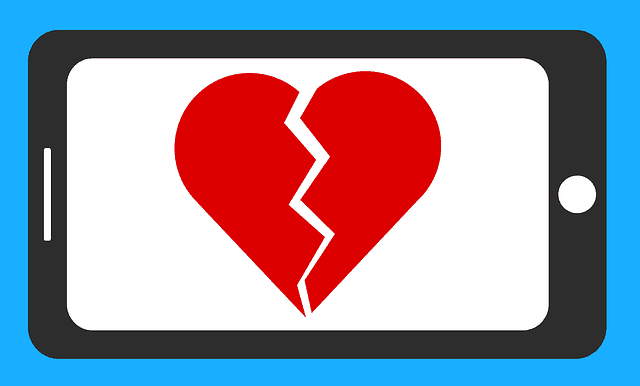 Breaking up is hard to do

“I’ll bet you never rebelled as a teenager,” my son said last night.

Well, no. I think I never really did. I’m an inveterate rule follower, and one of my pet peeves is people who seem to believe that rules just don’t apply to them, and that seems to be an epidemic these days.

In the coaching world, we often say, “If you caught it, you’ve got it,” meaning that what triggers you in other people is usually related to a tendency or behavior that you dislike in yourself.

So in my case, it’s not that disregarding the rules is something I do and dislike about myself—it’s that deep down, I’m a people pleaser, and I envy others’ freedom from that (self-imposed?) constraint.

I’m still triggered (no, really, you have no idea how much) by people who ignore the rules, but recognizing that I’m really responding to my own stuff does make it easier to be less judgmental of others. Sometimes.

I’ve been thinking a lot about “If you caught it, you’ve got it” in an entirely different situation—cell phone addiction.

I’ve been riding my son pretty hard about how much time he spends on his phone, and over the past year or so, I have been paying closer attention to my own phone habits. I don’t consider myself seriously addicted, but then I started to wonder—isn’t that like being sort of pregnant? You either are or you aren’t.

I became more conscious of when I picked up my phone, where I picked it up, why I picked it up. When my entire family was in China this past spring, I experimented with not picking up my phone during the day—because they were 12 hours ahead of me and not likely to be calling or texting. (Yes, I did have that little—okay big—voice saying “BUT WHAT IF THERE’S AN EMERGENCY?!?” Well, it takes about 24 hours of travel time to get there, so….)

I have not gone back to picking my phone up at all hours of the day—in fact, most of the time, it sits on the kitchen counter.

I have deleted social media apps from it, and I’m considering deleting my email from it…. In short, I’m making progress.

how to break up with your phone

Then, as so often happens, it drifted down to the bottom of our consciousness.

Recently a friend of mine mentioned the book and how much she was enjoying breaking up with her phone—and when something like that happens, I pay attention: Hello, Universe, I see you.

I found the book both deeply insightful and extremely practical—and I’ve distilled my learnings into a little countdown for you (although I highly recommend you run out and buy this book and read it yourself, whether you think you have a phone addiction or not):

Two big takeaways from the book:

One big action step to take:

“Results may vary,” and I have to agree with the testimonials in the book and from my friend: without that constant companion/distraction, it’s amazing how much time I have and how slowly time passes—in a good way!

And because—despite of her wackiness—I’m a fan of Marie Kondo, I will leave you with the New York Times comment that Price is “the Marie Kondo of brains.”

What in other people really triggers you, and what does that reveal about yourself? What does it point to as a problematic relationship in your life, and what steps might you take to end it or at least make it a healthy one?

And you’re welcome for the earworm.