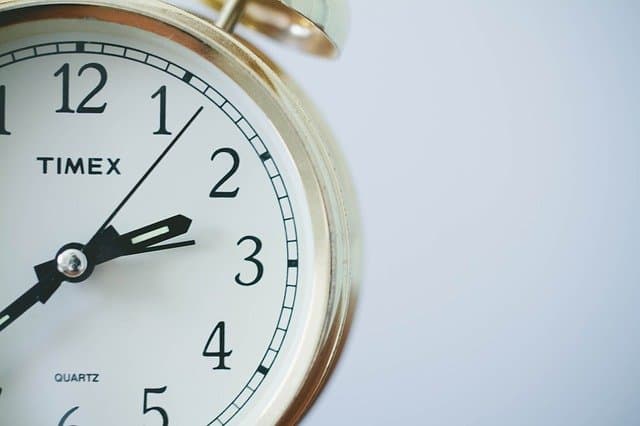 It’s been a few years since my family saw Hamilton in Chicago. Before we went, we obsessed over the soundtrack for at least a year, listening to it incessantly to the point that we had it memorized well before we ever dreamed we’d have the chance to actually see it live.

We don’t listen to it as much now—although it’s a great way to knock out a bunch of drive time on longer car rides—and still, snippets of it pop into my head when I hear certain words or phrases.

This week, the finale of the musical kept bubbling up, especially that part where Eliza sings about how much time she has left in comparison to Hamilton, living another 50 years after his death. (Oops—sorry. Too late to tell you there’s a spoiler alert?)

what’s your biggest challenge in taking care of yourself?

If I were to make an educated guess, I’d say that somewhere between 80–90% of my clients respond “lack of time” when asked what keeps them from taking care of themselves.

And yet, as I mentioned in last week’s post, we seem to have plenty of time to take care of everyone else … until we don’t.

I recently asked a question in a Facebook group for women over 50: what was it that finally made you realize it was time to make a change?

The answers were a horrific litany, even if I just listed each similar response as a category. Here they are, in no particular order:

Compare this to the oh-so-brief list of positive catalysts (which are not categories but single responses):

It’s a sad fact that many of us will not seek to make a change until something terrible happens—and at that point, the change that is necessary can feel so impossibly huge that it’s overwhelming to even contemplate, much less take on.

that would be enough

(Yes, I used that subhead just because you need another Hamilton earworm.)

Many women I talk to about health coaching have really reached rock bottom: they are overweight or obese, their joints ache, they can’t sleep, they numb out with food—you get the idea. And they carry a lot of shame about where they find themselves.

They also think that the only way to make a change is to make a huge one, all at once, when in reality, for most of us, that just isn’t feasible. Although I do have a client who decided she was giving up candy cold turkey—and did, just like that. See: bio-individuality. That’s definitely not for most of us, including me.

I like to gently remind them that they didn’t gain a hundred (or two hundred) pounds overnight: why would they think it should come off overnight?

And when we set goals, I ask them to think really, really small.

If you’re not going to the gym once a week even though you have the membership, the shoes, the clothes, the schedule of classes, etc., what makes you think you will go five times this week? Let’s go for once a week.

If you’re not eating any vegetables, why would you think you’re going to go plant-based this week? Let’s go for adding a small side salad to lunch or dinner this week.

If you normally watch TV for three hours every night, how do you think you’re going to give it up completely this week? How about we cut down to two hours this week?

That would be enough, seriously.

It really is possible to turn your health around before a cataclysm rocks your world—and the changes required to make that journey happen don’t have to be huge; instead, layering on “microhabits” a little at a time will make the changes less painful and ultimately, more sustainable.

And since we’re talking about catalysts, catastrophes, and cataclysms, I can’t let you go without turning you on to one more of my family’s favorite songs—Billy Jonas’s What Kind of Cat Are You?

Leave a comment and let me know, what tiny shift can you commit to this week for the sake of your own health? Need help on the journey, schedule a free YOURstory session!