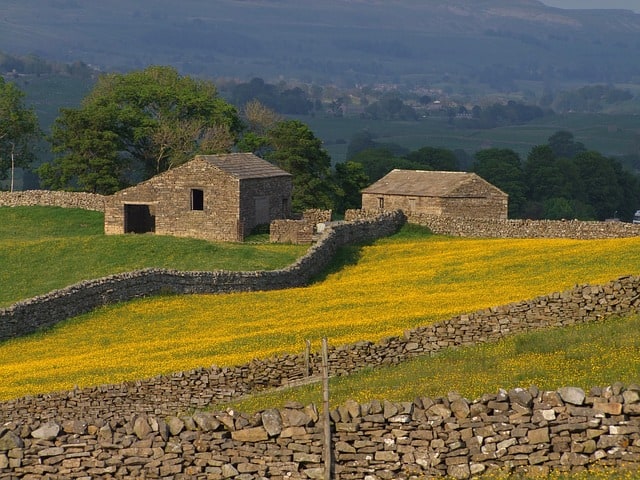 Many of us seem to have boundary issues—with boundaries.

“Good fences make good neighbors,” writes Robert Frost about the stone boundaries between the poet’s land and his neighbor’s in his poem, “Mending Wall.”

Of course, that poem, like so many of his, is open to a wide range of interpretations: is he affirming that concept, or does he fall on the side of the hunters and Mother Nature, who are both part of the “something there is that doesn’t love a wall.”

Andy Goldsworthy also toys with the idea—and the reality—of walls, building them, photographing them, recognizing that ultimately, only the photographs will remain.

Some of us are born rule-followers (yes, according to Gretchen Rubin’s Four Tendencies quiz about expectations, I’m an upholder, only slightly less avid about the rules than an obliger); others are questioners or rebels—and more and more of us seem to be at an extreme beyond rebel: the rules don’t apply to us, whether we’re breaking the speed limit, parking in handicap spots, not wearing face masks where required, cheating on our taxes….

Overall, though, I’m guessing that most of us still find ourselves somewhere in the messy middle where expectations and laws, rules and boundaries are concerned: we’re mostly compliant.

Which makes it interesting when I talk to clients about setting some boundaries for themselves around food. It’s almost as though rule fatigue goes hand in hand with decision fatigue: we are “pretty good” all day … and then “very bad” at night, eating too much, eating the “wrong” foods, getting takeout instead of cooking at home, etc.

There’s something in us that doesn’t love a rule, and as a result, we can’t seem to stop swinging between two all-or-nothing poles: staying inside the lines or veering way outside them, being “good” and being “bad” with food.

In seven years of coaching, I’ve only come across two clients who can quit poor choices cold turkey: draw a line between themselves and their poor-choice food and not cross it. Ever. Which means that the rest of us have to find a better way to make better choices.

For most of us, drawing better boundaries around our food choices does not mean building a higher wall or bringing the walls closer around us: it means getting some clarity about the boundaries we’ve already tried to draw.

If you are trying to create some boundaries around food, first of all, know yourself: only you know how you respond to boundaries—your own and others’, so make sure you’re basing your boundaries on what is right for you, right now because trying to live within someone else’s is usually not going to work in the long run. We’re all at a different stage of our food/health journeys, so making change too quickly or too slowly will also hamper your progress.

Think about approaching food boundaries the way we approach setting SMART goals—clarity is everything!

The best part about building boundaries instead of walls is that boundaries are more flexible: you can allow yourself some wiggle room while still having a way to hold yourself accountable. For many of us, making a rule feels rigid and sets us up for self-judgment when we break it; having a boundary allows us to have some mindfulness about stretching it in response to life’s curveballs.

Boundaries don’t have to last forever: they can be adjusted and adapted as necessary:

The goal is to gradually redraw the boundaries as you make progress toward your health goals. In some ways, boundaries encourage self-awareness and mindfulness: with a rule, you’re either following it or breaking it; with a boundary, you can expand or contract it as necessary.

how you do one thing…

There’s a saying in the coaching world that how you do one thing is how you do everything. Very often, those who control their food intake until they have a binge are the same people who save their money until they blow it all, who don’t move all week then overdo it on the exercise front on the weekends, who adhere to a rigid sleep schedule all week then stay up all night on the weekends. You get the point.

The same can be said about boundaries: those of us who don’t have boundaries around our time, our personal space, the topics we’ll discuss with others (politics? religion?), the people we allow into our lives—we’re the ones who often don’t have them drawn around food, either.

The good news is that, as Charles Duhigg writes about in The Power of Habit, making a habit change in one area of our lives often has a cascade of other—unintended—good habits developing. Drawing boundaries around our food choices can help us to draw some in other areas of our lives that might feel “bigger.”

If you want to change your relationship with food but struggle with “food rules,” maybe it’s time to think about having “food boundaries.” Schedule a free consultation, and let’s discuss!

[Image by David Mark from Pixabay]