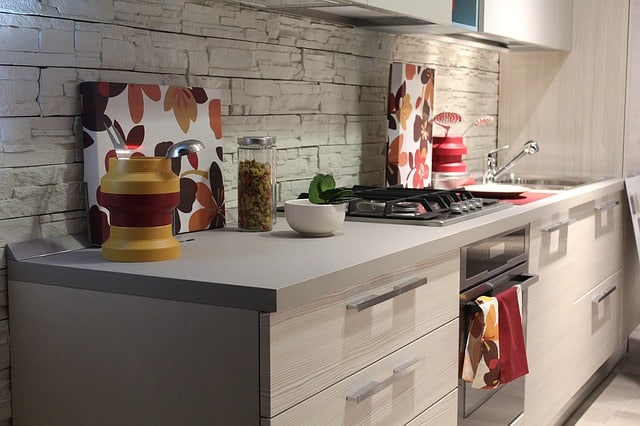 Back to the kitchen

When my husband took his job at University of Michigan, we had just bought a house in Southern California—and I mean that literally: the morning of the day he found out about the opening at UM, we had just put down our deposit.

Of course, it took some months for the position here to become reality, but there we were with a gorgeous new townhouse we were now needing to sell … and it was 2008. When the real estate market was a disaster.

He got a leave of absence for the fall in hopes that we could sell it, but no dice. He moved to Ann Arbor without us in January of 2009, the deal being that he would buy a house here and I would sell the house in SoCal. 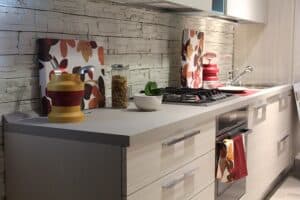 And that’s what happened. That’s right—I didn’t see our house in Michigan until the day we moved in.

My friends all thought I was insane: “You’re going to let your husband buy a house without you having a say in it?!?”

To be honest, he’s much more particular than I am about his surroundings, so I was fine with that.

And I hate shopping—whether it’s clothes, appliances, real estate. The only exception is grocery shopping: as long as it’s not at a big box store, I love that!

My only requirement: it had to have an amazing kitchen.

Have you ever noticed that no matter how big your living room is, people always congregate in the kitchen? Yes, of course there’s a meme about that. It’s probably the reason so many people decided to move toward the open floor plan—although I hear there’s a lot of backlash around that now.

Kitchens have always been my happy place. My former life as a caterer suited me fine: I had an excuse to be in the kitchen at parties!

And today I discovered another reason to love the kitchen: it’s where businesses are being built. Well, in a manner of speaking

an ecosystem of women

Thanks to one of my BBFs (business best friends—thanks, Audrey!), I read an article titled, “Successful Women Are Starting Businesses. Yes, Even After 50,” which was written in reaction to “Your Professional Decline Is Coming Sooner Than You Think,” an article by Arthur C. Brooks, the departing CEO of the American Enterprise Institute.

In her piece, Elizabeth MacBride writes,

There is … a whole ecosystem of women who have achieved a certain level in their career who are now supporting other women of all ages, but especially the ones they know, who tend to be older. This doesn’t fit with Brooks’ view of a decline after 50—but that may be because the world of successful professional and entrepreneurial women is growing up separately. The institutional worlds dominated by men have proven hard to crack — so we have carved a separate space a short distance away, a fast-growing space, where the rules are little different and age isn’t such a big deal.

I love this image, in part because it is a reflection of so many older women entrepreneurs I know. They have taken a lifetime of experience gained by playing in the men’s sandbox and moved on to build castles in their own, bigger, more friendly sandbox where abundance and collaboration tend to take precedence over lack and competition and “ease and flow” replace “hustle and grind.”

Think of the dinner parties you know: The best conversations happen in the kitchen where people, many of them women, are washing the dishes. The kitchen is the entrepreneurial sector.

back to the kitchen 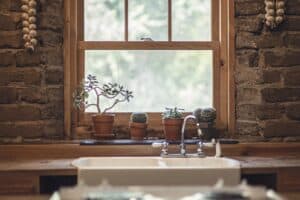 If you’ve been waiting for the end of our real estate saga, you’ll be glad to know that I managed to sell our house in SoCal, and my husband did a splendid job finding a fabulous house in Ann Arbor. (I fear he ran our real estate agent ragged for months in the process—she’s graciously remained one of my dearest friends in town despite this).

Yes, it has a wonderful kitchen, and this fall, I’ll be taking my own entrepreneurial venture back into that kitchen!

Details forthcoming—you can keep an eye out for them on my events page.

You know, the ones congregating in the kitchen, washing dishes and planning world domination.

If you’re inclined to hang out in the kitchen at parties, leave a comment and let me know: What draws you there?