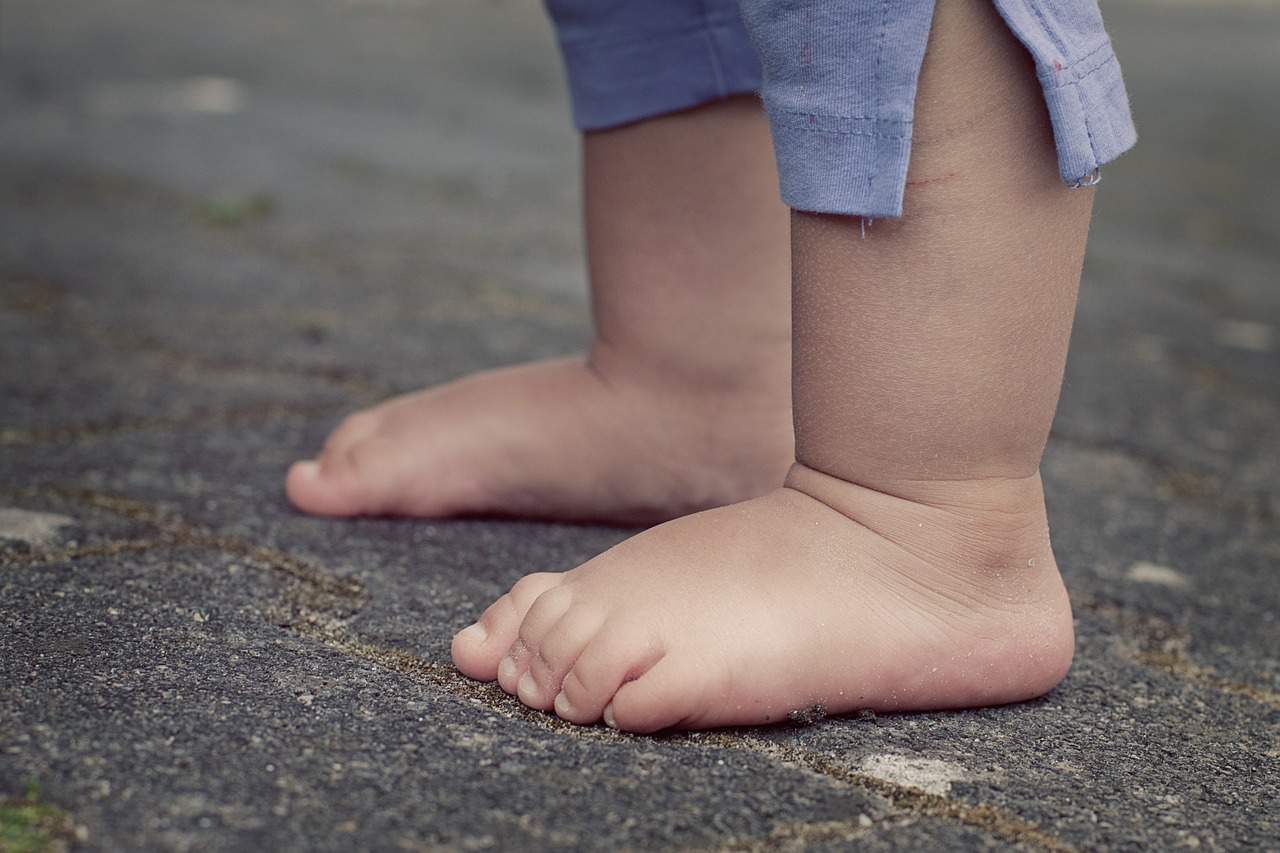 This is the fifth of a 12-part series titled “Baby Steps.” On the first of each month, I’ll post 1 tiny step toward better health that you can take every day for that month – practically without trying. Soon, that tiny step will be part of your daily routine, and you won’t even remember you never did it before. The next month, add the next baby step. By the end of 2016, you’ll have accumulated 12 new healthy habits, and you’ll notice a difference – not day to day, perhaps, but definitely between any before and after photos you might take and any journal entries you might make. Check in during each month with a comment below and/or on Facebook – I’d love to hear about your progress! 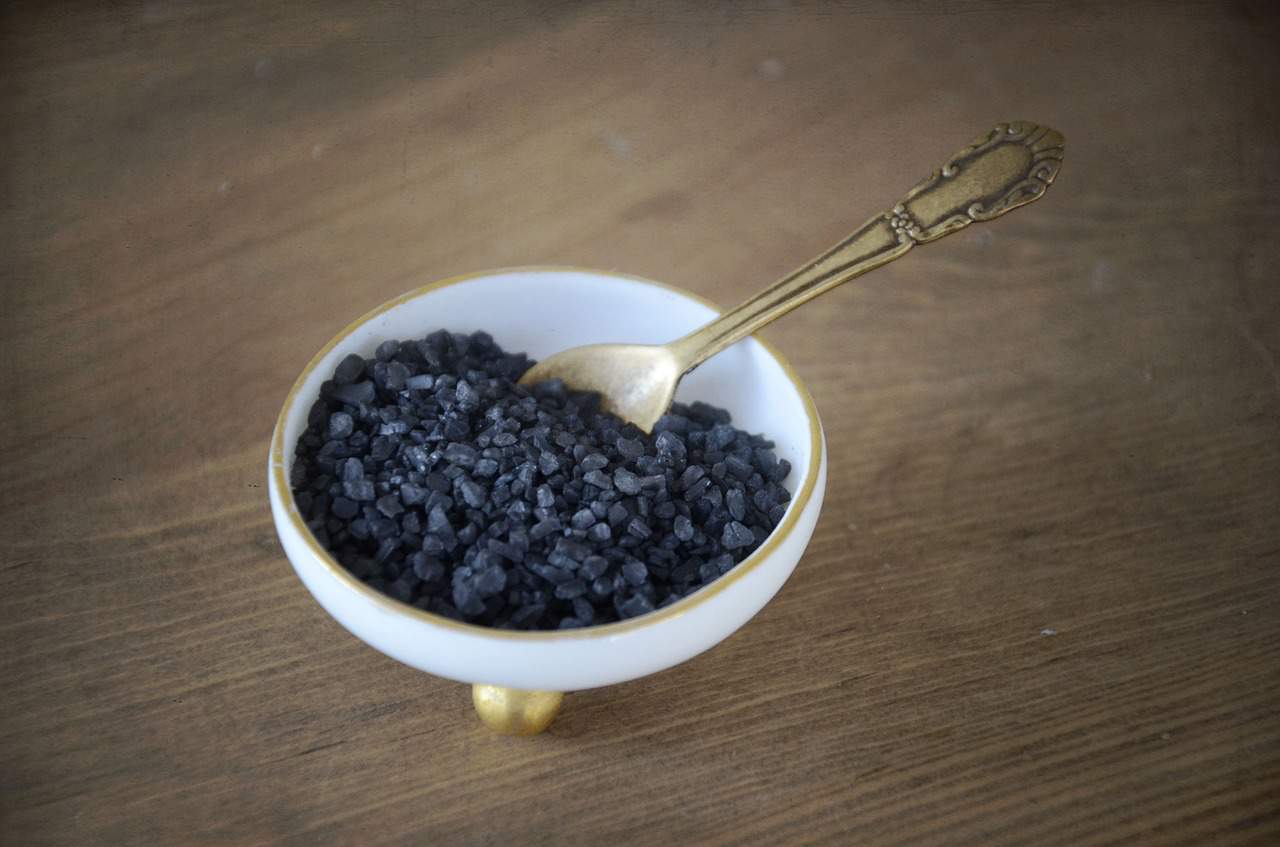 All photos from Pixabay.com

We’re already in May, so it must be time for Baby Step #5! If you’ve been taking baby steps with me all along, that means that by now, you should already be in the habit of starting your day with lemon water, pausing to breathe, eating your greens daily, and turning off all screens at least 30-60 minutes before bedtime. How’s that all going?

But don’t just switch – keep track of how you feel this month: by weeks 3-4 you may notice some interesting changes. 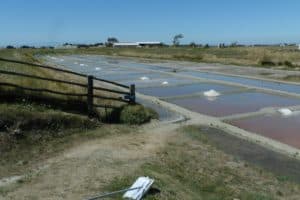 What’s the difference? Table salt is mined from underground deposits, then processed to remove impurities. Often, a de-clumping agent and iodine are added. Sea salt, on the other hand, is made by evaporating water from seas or saltwater lakes and is much less processed. It naturally contains some iodine. (Yes, if you know me, you’ll already have identified which way I lean.)

Coaching clients and cooking students often ask me, “What’s the big deal with sea salt? Is this just another fad?”

If you want to do a taste test, you can either taste a tiny bit of sea salt and a tiny bit of table salt and compare or you can dissolve equal amounts in a little bit of water and taste it that way. I find that table salt has a tinny, metallic flavor – which transfers to the food in which its used – while sea salt has a much cleaner taste. Used to finish a dish, sea salt has a much bigger crunch (especially if you’re grinding your own), and it comes in a range of colors – from light gray to pink to red even to black, which adds some interest to your plate. So as a chef, I definitely prefer sea salt – the lighter colored ones for cooking, the darker ones for finishing.

As a health coach, the question is a bit thornier. Sea salt is certainly more expensive, so are their health benefits to using it rather than table salt?

In terms of sodium, you’re really getting about the same amount whether you eat table salt or sea salt, so switching to sea salt is not an invitation to salt with abandon, particularly if you eat processed foods and/or need to watch your blood pressure.

What about iodine? Sea salt does contain small amounts of iodine, a mineral that is especially vital for thyroid health. Most table salt contains more iodine – in the form of an additive. If you have thyroid problems, be sure to ask your physician about iodine requirements and also do some research on your own on, preferably both from the conventional and alternative sides of the iodine question. Andrea Beaman is known for her work in healing thyroid disease via a more holistic approach.

I personally have stabilized my own thyroid function through a combination of alternative therapies, yoga poses that stimulate the thyroid, what I call “extreme clean eating” (including switching to sea salt), and very low doses of medication. If you think I’m listing out of order, that medication is probably the main reason my numbers are normal, consider this: my endocrinologist assured me (at 25) that my body would gradually, noticeably stop producing thyroid hormone naturally over the next decade and that I would eventually rely entirely on medication for it. I’m now over 50 and the dosage has not changed….

How about other minerals? Because it is less processed, sea salt does retain more minerals – micronutrients that we need in tiny amounts for optimal health. As a health coach, I encourage my clients to get most of their nutrients from a whole foods diet rather than from supplements or foods that are refined then have nutrients added back – reading I have done supports the theory that the nutrients found in whole foods tend to be better absorbed by the body than those found in enriched foods and in supplements.

And I have a story to back that up. A client of mine was seriously addicted to salt – when that afternoon urge to “just bite something” hit, it had to be salty. Her go-to solution – an entire bag of potato chips. After making no other changes to her diet other than switching to sea salt in her cooking and salting at the table, she gradually lost her craving for chips.

Have you done any reading about food science and how “big food” companies hire scientists to get you hooked on their foods? It’s no surprise that “no one can eat just one” – they’ve made sure of it! What is the starting point of their work? 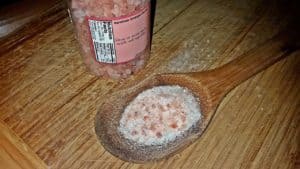 Our brains, while very highly developed in some ways, still have a large part that functions as they did before all the higher functions evolved – we still have “lizard brains.” Deep down, we are just like the animals: our bodies tell us what we need to be healthy, but we have forgotten how to listen. When we have salt cravings, we either give in wholeheartedly or we virtuously resist, but we don’t really question them. It turns out that when the craving is physiological (rather than emotional, which is a topic for another day), it may be that what we are craving is not salt but the minerals that our lizard brains tell us are found in combination with salt in nature.

We crave salt (i.e., the minerals that we instinctively knew come with salt), we open the bag of chips, and our minds think, “Yesss! We are feeding ourselves what we need.” Except that the chips are made with table salt, which has almost no minerals in it, so our bodies say, “Nooo – send down more! Still not enough minerals!” And before we know it, the bag is empty and, um, yes please – I’ll have another.

So this month, I encourage you to try switching to sea salt – both in your cooking and at the table. The average American eats about 3,400 mg per day. Having done the research, Helen Sanders of Health Ambition recommends that we get less than 2,300 mg of salt a day and less than 1,500 if certain other conditions apply. Given that 1 teaspoon of salt contains 2,325 mg, we’re talking about 3/4 teaspoon a day for those who have to watch their intake and about 1 teaspoon for those of us who don’t have to worry about it. If you eat processed foods, start reading the label and remember that you have to look at the portion size to learn how much of a package you need to consume to get that amount of sodium.

I do want to point out that this experiment will work best if you cook and eat most of your meals at home completely from scratch. Sodium hides everywhere – even unprocessed, whole foods can naturally have sodium in them. Processed foods almost exclusively contain table salt. Minimally-processed foods (canned tomatoes or beans, for example) can contain a lot of sodium. Highly-processed foods (fast food, casual dining menus, even some fine dining menus) have enough sodium to kill a horse!

Compare 1/2 of a medium baking potato (about 4 ounces, 13 mg of sodium) to a medium serving of fast food fries (about 4 ounces, 221 mg). You can probably see why many of us get too much sodium and why cooking from scratch at home using whole foods is a great way to not have to worry about your sodium intake. If you’re not used to cooking from scratch, it will take a while to develop that habit – it’s a big goal that is made up of a lot of baby steps! If you’re ready to take that on, check out Fl!p Your K!tchen.