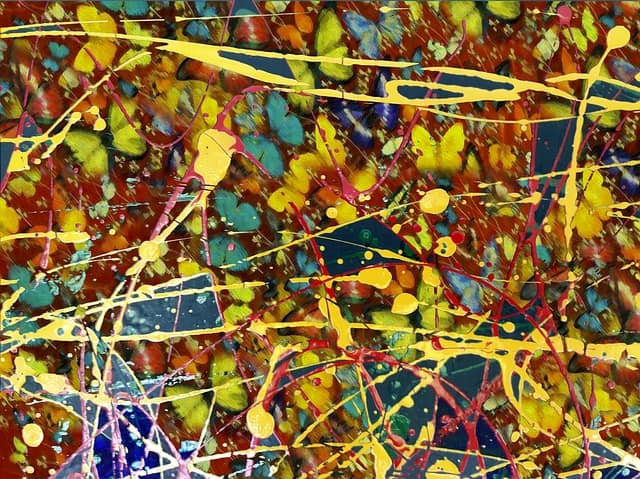 If you follow me on social media, you’ll know that I was recently featured in an interview on my friend Audrey Groeschel’s Women are Journey podcast—you can check it out on your favorite podcast app or catch it on Audrey’s website. (I’m episode 16, and I want to encourage you to listen to all of the episodes—including the interviews, which are subtitled “The Story of the Shift,” and the solo episodes, which she calls “Chew on This.” 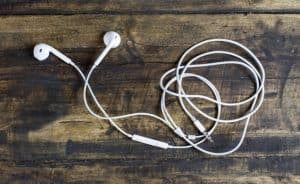 Audrey had framed our interview beforehand by warning me that she was going to ask me about the crises that caused the shifts that led to where I find myself now as a woman and an entrepreneur. Huh, I thought. I don’t think about myself as someone who has lived through a lot of crises—my life’s been pretty quiet.

But as I pondered this question in preparation for the interview, I realized that there were definitely inflection points if not major crises. And oh yeah, there was this one day….

I was pretty tightly wound as a child—as much as my half-Chinese daughter describes being a straight A student as “getting in touch with her inner Asian” and jokes that a 99 is “an Asian F”—that part of her genetic makeup is just as solidly from me: at her age, nothing less than an A would do for me, either.

I was also an extreme rule follower and “good girl.” Seriously, Sandy in Grease had nothing on me … right up until the point where she goes rogue.

My parents frequently had parties for their college-aged students, and my brother and I (elementary school? middle school?) were allowed to be there, too. One time, when my mother announced it was bedtime, the students laughed that off to bed I went without a murmur: “You’re supposed to argue and plead to stay up!” And they dubbed me “MC”—model child.

When I recently asked my husband what he would name as my top three superpowers (part of a homework assignment for a course I’m taking), he listed “self-discipline” as the first one. “You know what’s right and you always follow the rules.” Apparently, I didn’t outgrow that good girl?

I think that being intensely self-disciplined brings with it a chronic, low level of stress—once you’ve set a high bar, it’s inconceivable to let yourself not just not meet it but exceed it—but I was never prone to crisis-proportioned episodes of anxiety that I see in so many adolescents, adults, and even children now.

Until one day in my mid-forties.

My husband travels frequently for his research, and since his family is still in China, he normally goes for at least one extended (read: 6–8 weeks) trip a year. A 12-hour time difference is just not worth the jetlag otherwise. It’s been a regular occurrence in our family, pretty much since before we had kids.

When people say, “Oh, that must be so hard!” I usually joke that in some ways, it’s easier: when bad cop’s left in charge, it’s like bootcamp: everything gets done and the trains run on time—because they just have to. (By the way, my son, now 14, was listening to the conversation about superpowers and his offering was “hard-ass!”) Still, my hat is most definitely off to single parents, who do this 24/7/365. 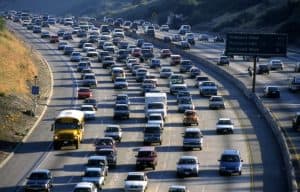 This particular time he was away, we were living in Southern California about 15 miles south of LA, where I worked, and I was driving home on the 110 at the end of a day to pick the kids up at their respective schools and get home to start the after school routine.

For anyone who doesn’t know what it’s like to drive in LA, let’s just say that the main street near our house was four lanes in each direction. The 110 is much bigger. And full of cars. And everyone drives really fast. Generally very politely, I’ll grant you—unlike in Chicago and Detroit, they know how to merge and what turn signals are for—but still, we’re talking very, very fast.

I’m not sure what triggered it, but I suddenly found myself having a full-blown panic attack behind the wheel. I don’t remember doing it, but I managed to work my way across three lanes of rush hour traffic and get myself onto the shoulder, where I had myself the mother of all breakdowns.

I don’t recall lot of it, but I do remember that two distinct thoughts were, “I think someone needs to take my kids away from me so they’re safe” and “If my husband doesn’t get home TODAY, I’m going to kill him.” (Which would really not have solved the problem of his being gone, now, would it?)

When the panic subsided and all the tears were done, I got myself back on the highway and managed to get through the day, the week, and the month, and the year, and the memory has stayed with me. The anxiety never returned at that level, but there were fleeting glimpses of it off and on for a few years. 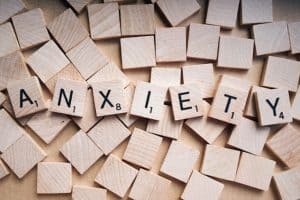 When I talk to other women my age about their experience with perimenopause, anxiety and depression are two topics that come up a lot.

Being a perennial student, I’ve done a lot of reading about it, and I’ve been struck by some of the stories and data and theories about the topic.

And of course, being prone to the woo side of things, I really relate to the idea that what our bodies are trying to tell us at midlife is that we had best pay attention to what we’re doing and, more importantly, what we plan to do with this one precious life we’re given in the second half: Time’s running out, Honey! Remember all those things you were going to do? You’re not going to get there by sitting in—er, flying through—rush hour traffic every day.

I’ve looked at my big panic attack as the moment my body and mind finally rebelled and screamed at me in the only way they knew how to get me to pay attention. It was almost like having an out-of-body experience because just as I mentioned in my post about irritability at middle age, this experience was so completely alien: This is not me, I thought.

Of course, it took a few years to answer those questions—who’s got time to ponder, much less act, on those big questions when she’s got a job and a family to take care of?

And I found that every once in a while, a fleeting glimpse of that panic would flit across my mind: Hey, pay attention, you’re doing it again. You’re putting everyone else first. You’ve got dreams, too. 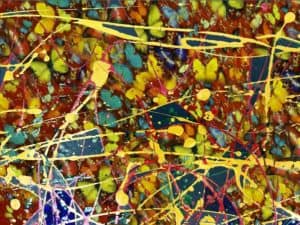 I’ve read that women who deal with more serious symptoms of PMS are prone to having more debilitating symptoms in peri-menopause: specifically, “the blues” during that week  when we’re younger can turn into deep depression and high levels of anxiety later in life.

A startling number of women over 40 are put on antidepressants, so much so that it seems like an estrogen deficiency is now considered a Xanax deficiency. I would never talk someone out of taking medication just because I didn’t need it—I can’t imagine living daily/hourly in the state that panic attack induced.

And yet, I can’t help wondering if this treatment model wouldn’t benefit from being served with a side of woo. What if women weren’t so used to suppressing their feelings and hiding their symptoms that they fell into the pit of “I’m all alone here in this pit of despair, it’s shameful, and I shouldn’t talk about it?”

What if we dragged that secret sisterhood out into the light? I don’t really have the answers … and I think it could be really beautiful.

I realize that this is a fraught topic: if you’re feeling brave, drop a comment below about your experience with anxiety and/or depression at midlife; if you’d prefer, you can email me. I’ve been getting a lot of mail about recent posts, so you should know that you are not alone!