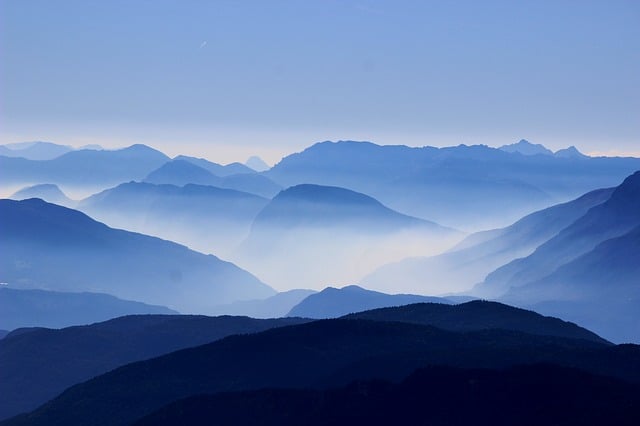 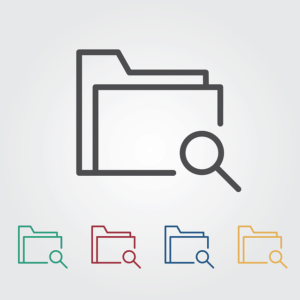 I recently had a conversation with some much younger friends who were talking about what they see as one of the problems their generation faces: too many choices.

Yes, this might be what someone else sees as a #firstworldproblem, and yet it really can be an issue: when you want to buy a chair and 27 pages of options pop up in response to your online search, are you possibly missing out on the perfect chair if you only look at the first 3 pages of results?

Ridiculous, you might think, kids these days are so spoiled.

Yes, and hold on a second. Is this scene playing out in your own life in a slightly different way?

it’s all so overwhelming

As a health coach, it’s rare to speak to clients who aren’t feeling overwhelmed in some way; in fact, many of them are not just overwhelmed but downright paralyzed.

It often comes up in their first consultation, in which they confess to knowing a lot about their situation: they’re educated, they’ve done the research, they’ve been asking questions, they may even have been trying out various paths—of the more and less traveled varieties.

And yet, here they are, back where they started or, in some cases, worse off than when they started thinking about making a change to their diet or lifestyle.

So they just stop, and that loss of momentum is paralyzing.

Generally, the paralysis is caused by one of two reasons: (over)analysis and perfectionism.

All that information we acquire from books, podcasts, articles, websites, and blogs can be overkill.

It’s easy to get convinced that this way of eating is the right way: look at how healthy this author/MD/celebrity of the moment is!

But then what about this one, who also looks fabulous and followed a completely different regimen to get there? 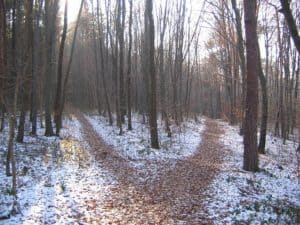 Ugh, which way to go, which road to take?

What if “none of the above” is the answer? What if all that research and analysis is just procrastination?

Learning about the options is not taking action, after all. For a really great example of this, check out this podcast episode by Christine Hassler: her client sure can talk a blue streak and use all the “right” vocabulary—and she’s still stuck!

Standing at the intersection of so many options does not necessarily help.

Another paralyzing thought is that we have to do something perfectly—even the first time!

Let’s take an activity near and dear to my heart: meal planning.

When we think of a meal plan, we often envision a neat chart of seven days, each with three meals (and maybe snacks!) neatly planned out, complete with recipes and shopping lists. And of course, everything will be organic and the final product will be eminently Instagram-worthy.

But we can’t do that, so why even try?

A journey of a thousand miles begins with a single step.
~Laozi

If our modern gods struggle to reach these, why are we expecting perfection of ourselves? 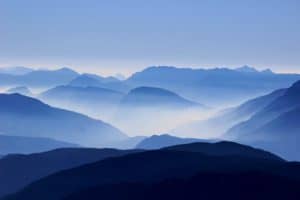 Just before I fell asleep last night, I was trying to recall a well-worn passage about how roads are created out of a wilderness—I could reconstruct most of it from memory, but where was it from?

While I slept last night, my brother texted me that all nine seasons of Little House on the Prairie are now available on Prime streaming.

(Oh yeah, how well he knows me. That is almost enough to get me to pay for Prime. Almost.)

I’ve said it before: the Universe delivers miracles of every size rapid-fire if we only watch for them.

Because that’s it: it was Wilder, writing about Laura standing and watching men create a railroad line in By the Shores of Silver Lake!

What was it about the pioneers that allowed them to see the limitless potential rather than the possible terrors of a road-less place?

Maybe it was what today would be called an extreme level of comfort with ambiguity—an ability to step outside of the predominant tendency toward catastrophic thinking (all the potential for failure if I do this!) and embrace positive thinking (just think of all the wonderful things that could happen if I do this)!

All the information we take in creates a sense of the myriad paths we could take—a spaghetti bowl of road intersections you see on maps of big cities, and it can indeed be overwhelming.

What if we could look at all those other roads—what others are doing, saying, preaching, teaching—and say, “That was your experience, your path?

And it may feel equally overwhelming when we stand in a place where no roads exist.

I love this line from Naomi Shihab Nye:

To live without roads seemed one way not to get lost.
~Naomi Shihab Nye

What if we saw a lack of roads as a way to feel that we are not lost but that we are exactly where we are supposed to be at this moment?

Either way—too many options or no visible options—it could mean finding ourselves standing in a place of limitless potential.

Leave me a comment and let me know, where you find yourself: are you surrounded by pathways “trodden black” by others, or are you standing in a place where you can take a step in any direction?

Want to learn more about how to find your way? Schedule a YOURstory consultation, and let’s talk! The consult is FREE and pitch-free.